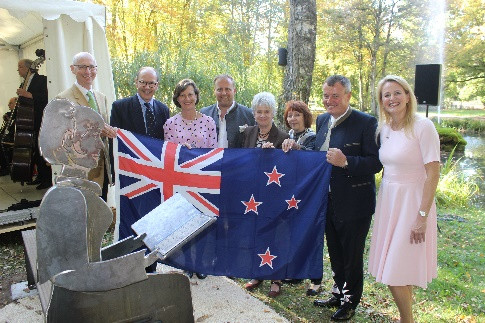 Professor Janet Wilson attended a symposium on Survival and Ethics at the University of Erlangen on 12-13 October, where she gave a paper on ‘Feats of Survival: Refugee Writing and the Ethics of Representation’.

On Sunday 14th, following the symposium, she travelled to Bad Worishofen the small German spa town where Katherine Mansfield stayed in 1909 and where she wrote stories that were published in her first collection,In a German Pension (1911). The town celebrated her cultural importance last week on the occasion of her 130th birthday with five days of festivities culminating in the commemorative unveiling of a new sculpture of Katherine Mansfield.  The ceremony was attended by the New Zealand Ambassador to Germany, Mr Rupert Holborow, and the Mayor of Bad Worishofen, Mr Gruschka.  As Vice-Chair of the Katherine Mansfield Society, Professor Wilson, made a speech at the unveiling which was translated into German by KMS member Monika Sobotta. 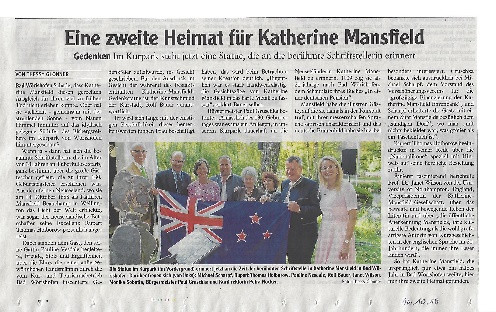