Report on the NCUP 2019 AGM and Lecture

Report on the NCUP 2019 AGM and Lecture

This year’s AGM held on 22 March at King’s College London, featured a lecture by Professor Cameron Neylon titled: ‘The Changing System of Research Communications: Where Next in an Open Access World?’

Professor Cameron Neylon is Professor of Research Communication at Centre for Culture and Technology at Curtin University Australia. He has an international reputation as one of the leading thinkers, technologists, and strategists on open approaches in scholarly communication and research more broadly. His lecture covered these new directions in Higher Education and the initiatives being taken to making research more open and accessible. Below is the link to the slides given in his lecture

There was a good turnout of more than thirty people for the lunch and lecture which followed. The AGM held after the lecture, was followed by the presentation of awards to the five postgraduate students who won this year’s competition. The names of this year’s ‘NCUP Award’ winners are given in the News item on the ‘NCUP Awards’.

A copy of the article can be found below:

Implementing the mandate for open access monographs will be complex but that is the price of ‘being the leader’, says Cameron Neylon
March 29, 20191
By Anna McKie
Twitter: @annamckie 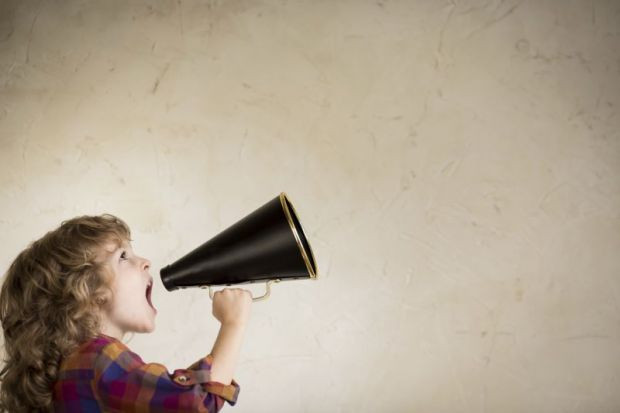 It is time to “bring the hammer down” and extend open access requirements for the UK’s research excellence framework to monographs, a professor has said.

Cameron Neylon, professor of research communication at Australia’s Curtin University, said that he was “running out of sympathy” for academics who complained that there was not enough time to prepare for the requirement that long-form scholarly works must be made available easily and free of charge, if they are to be submitted to the 2027 assessment.

“You’ve had 15 years to sort this out, no one did anything for 14-and-a-half of those, so someone had to bring the hammer down at some point,” said Professor Neylon, former advocacy director at the Public Library of Science, who started his career as a chemistry lecturer at the University of Southampton.

The UK’s research funders first announced their intention to include books in the REF’s open access mandate in December 2016, but Professor Neylon told Times Higher Education that it had been mooted long before then.

Academic bodies have raised concerns about how open access would work with “crossover” books, which are based on original research but sell thousands of copies in high street bookshops. However, Professor Neylon, who is executive director of Knowledge Unlatched Research, an independent research group on the usage of open access monographs, said that an exemption that was in place for trade books would also apply to scholarly works.

“The number of books submitted to the last REF that were read by more than 10,000 people is negligible,” he said.

Professor Neylon also addressed the concerns of academics who published with international companies, which do not always offer open access. He admitted that this was a challenge, particularly with publishers in the US, but said that the issue was “bound up with a bigger problem, which is the obsession with where you publish, not what you publish”.

“I rarely hear the argument that people want to publish with a particular press because it has a technical skill set or audience reach, it’s always about publishing in prestigious presses. There’s something really rotten at the heart of scholarship if that’s what really matters,” he said.

Professor Neylon admitted that books were more complex than journals when it comes to open access, because the support systems will need to be different, but that to drive innovation and to figure out the financial models “there has to be some sort of pressure”.
“There is the opportunity to do some things better, with more planning than there was with journal articles, but the reality is that deadlines concentrate people’s minds,” he added.

Professor Neylon was speaking after giving a lecture organised by the National Conference of University Professors in which he hailed several UK institutions as “pushing ahead and leading the world” on open access.

While open access monographs was a complicated issue that was “the price of being the leader”, he said. “Leadership requires taking risks. If everyone was comfortable all the time, what would be the point?”
anna.mckie@timeshighereducation.com