Baroness Alison Wolf at the House of Lords

Baroness Alison Wolf at the House of Lords 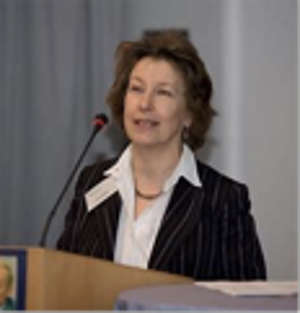 Alison, Professor The Baroness Wolf of Dulwich, addressed the National Conference of University Professors (NCUP)and other guests at a lunch at the House of Lords on 16th May.  The topic of her talk was ‘British Universities as International Institutions: Are They Under Threat?’  Baroness Wolf pointed out that the British Universities are a great success story in today’s rapid expansion of education globally, by contrast to the ‘brain drain’ of the 1990s. Recruitment growth in UK  universities following the introduction of higher fees for home students in 2012/13 had not been detrimental despite some negative predictions early on.  The greater demand for higher education and its world-wide impact also appears in the massive increase in international students, where numbers have grown steadily every year since both number and fee controls for this group were lifted in the 1980s. This is a global trend, but the UK has become one of the most important destinations for international students, and a quarter of teaching income in UK higher education now comes from international fees. British universities also show strong performances globally in the league tables including against international competitors like Canada, Australia and the USA. Only Switzerland ranks higher in international research rankings on a population-adjusted basis. Baroness Wolf concluded that ‘brand UK’ for education improved when the world went global and if our universities continue to think in large ways this current performance will be sustained across international comparisons.

In her response Professor Janet Wilson, Vice-President of the NCUP, acclaimed the remarkable expansion of international students world-wide and noted that the introduction of higher fees had come at a critical moment when the UK universities were beginning to compete more effectively in global terms. She asked, however, whether internationalisation was occurring at the expense of the needs of home students, and especially different types of student, those who wanted technical training, looked for sub-degree tertiary education and two-year degree courses, as well as part- time and mature students.  She also pointed out that league tables, seen today as a crucial guide to performance, can offer varying results, although one advantage of this trend is that in recent years the national league tables are becoming more nuanced, with factors such as the Student Satisfaction Survey, graduate employability, and the TEF, allowing the newer universities in the post-1992 sector, like the University of Northampton, to perform with some distinction.
Among the responses from the floor was the question of whether Brexit would make a difference. Baroness Wolf commented that the effects of Brexit on higher education are hard to evaluate, but from the present day predictions, it seemingly will not necessarily reduce international numbers substantially. The EU universities represent one of many regions for potential staff recruitment, and numbers have actually risen in the last two years; and even if movement between the British and European higher education institutions is diminished by Brexit, this is unlikely to limit the interest of potential students from other overseas markets, especially if the current academic excellence of British universities according to global comparators remains a guiding factor.

Alison Wolf is the Sir Roy Griffiths Professor of Public Sector Management and sits as a cross-bench peer in the House of Lords. She is a specialist advisor to the House of Commons select committee on education and skills, and in March 2011 completed the Wolf Review of Vocational Education for the Secretary of State for Education. Her current work focuses on the relationship between education and the labour market, with an interest in training and skills policy. A recent publication is The XX factor: how working women are creating a new society (2013).

Submitted by: Janet Wilson, Professor of English and Postcolonial Studies, University of Northampton